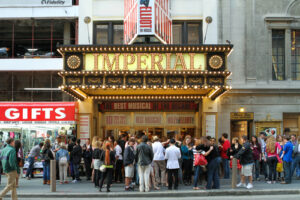 The Imperial Theatre is a Broadway theater with approximately 1,457 seats. It was meant to replace the original Lyric Theatre as the Shubert Organization’s 50th venue in New York City. Since then, the Imperial Theatre has made itself known in its own right, both because of time and because of success. The builders intended it to host hit musicals. It has done that and more.

The Building of the Imperial Theatre

Chances are good interested individuals can guess the Shubert Organization had accumulated a great deal of theater-building expertise and experience by the time it built the Imperial Theatre in 1923. Yes, it had purchased a part of its theatrical empire. However, it had built the rest on its own, spurred on by its competition with the Theatrical Syndicate and other competitors. As such, the Shubert Organization had a clear idea of what it wanted from its theaters by the early 1920s, thus explaining much about the Imperial Theatre’s similarities with other Shubert-built theaters from the same period.

Moving on, the Imperial Theatre’s address is 249 West 45th Street. That is because its main entrance is located on 45th Street, even though its auditorium is located on 46th Street. Indeed, interested individuals might notice that the Imperial Theatre’s main entrance is narrow, having once been squeezed between the Music Box Theatre and the no-longer-existent Klaw Theatre. Supposedly, that happened because the Shubert Organization wanted the increased traffic from the higher concentration of theaters on 45th Street while still benefiting from the cheaper real estate on 46th Street, thus explaining the venue’s somewhat unusual shape.

Appearance-wise, the Imperial Theatre has a front facade made out of white terracotta and a rear facade made out of buff-colored bricks. Meanwhile, its interior is done up in the Adam or Adamesque style for the most part, which is a neoclassical style associated with a Scottish architect named William Adam and his sons. It was a popular choice for upper-class and even middle-class homes in England and Scotland around the mid-18th century. Later, it made its way to the United States, where it served as one of the sources of inspiration for the Federal style. As mentioned earlier, the Imperial Theater has similarities with other Shubert-built theaters from the same period. The interior use of the Adam style is one of the clearest examples.

The Great Depression was a troubled time for Broadway. Famously, the Shubert Organization experienced serious financial problems during this period. The funny thing is that the Imperial Theatre was something of an exception because it continued to see some successes. Examples included Flying Colors in 1932, Jubilee in 1935, and Leave It to Me! in 1938. In the 1940s, the Imperial Theatre started seeing even better results. For example, Louisiana Purchase started in 1940 before running for 444 performances. Similarly, Let’s Face It! started in 1941 before running for 547 performances. None of these can match Annie Get Your Gun, which ran for 1,147 performances in the mid-1940s. If the 1920s were a good decade for the Imperial Theatre, the 1940s were a very good decade for the same.

Some Broadway Theaters see dramatic ups and downs. The Imperial Theatre wasn’t one of them. Examples of its successes ranged from Wish You Were Here in 1952 and Destry Rides Again in 1959 to Fiddler on the Roof in 1964 to Zorba in 1968. There was a bit of an issue in that the Shubert Organization settled an antitrust lawsuit in the mid-1950s because it owned almost half of the legitimate theaters in New York City at that time. As a result, it chose to sell the St. James Theatre rather than the alternative of leasing either the Imperial Theatre or the St. James Theatre.

The Imperial Theatre continued to do well in the 1960s and 1970s even though the surrounding area was seeing issues. Yes, there were flops from time to time. The mega-hits of this period more than made up for them. Pippin started in 1972 before running for more than four years before transferring elsewhere. Later, Chapter Two started in 1977 before setting a record by becoming the Imperial Theatre’s longest-running non-musical production with 857 performances

It didn’t see a great number of musicals in the 1980s because it was consistently hosting hits. They’re Playing Our Song lasted for more than two-and-a-half years after starting during the very last bit of the 1970s. Then, Dream Girls lasted for more than four years, while The Mystery of Edwin Drood ran for two years. Those shows alone were enough to see the Imperial Theatre through to May 1987. Somehow, the venue saw even fewer shows in the 1990s. Specifically, it saw one because Les Misérables relocated there in late 1990 before staying there until 2003, which was enough to make it one of the longest-running Broadway productions ever.

The Imperial Theatre This Millennium

Nothing has since come close to Les Misérables. Still, a fair number of shows have done very well at the Imperial Theatre by less exaggerated standards. For instance, The Boy from Oz ran for almost a year, while Dirty Rotten Scoundrels ran for a year. A bit later, Billy Elliot the Musical managed to last longer than three years after opening in November 2008. Subsequent shows ranged from Nice Work If You Can Get It in 2012 to a revival of Carousel in 2018. These were followed by Ain’t Too Proud in March 2019, which continued the Imperial Theatre’s proud tradition of hosting successful musicals by breaking its box office record with proceeds of $1,865,016.90 in the week ending on December 19, 2019. It was interrupted by the COVID-19 crisis in March 2020, but it was able to resume in October 2021. If precedence is any indication, the Imperial Theatre will continue hosting successful musicals in the future.

History Of The Imperial Theatre On Broadway Article ClassicNewYorkHistory.com ©2022 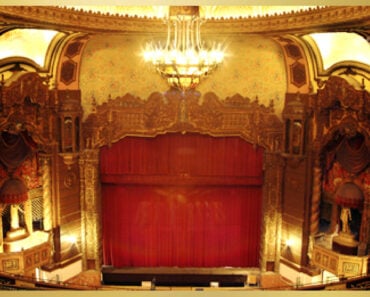 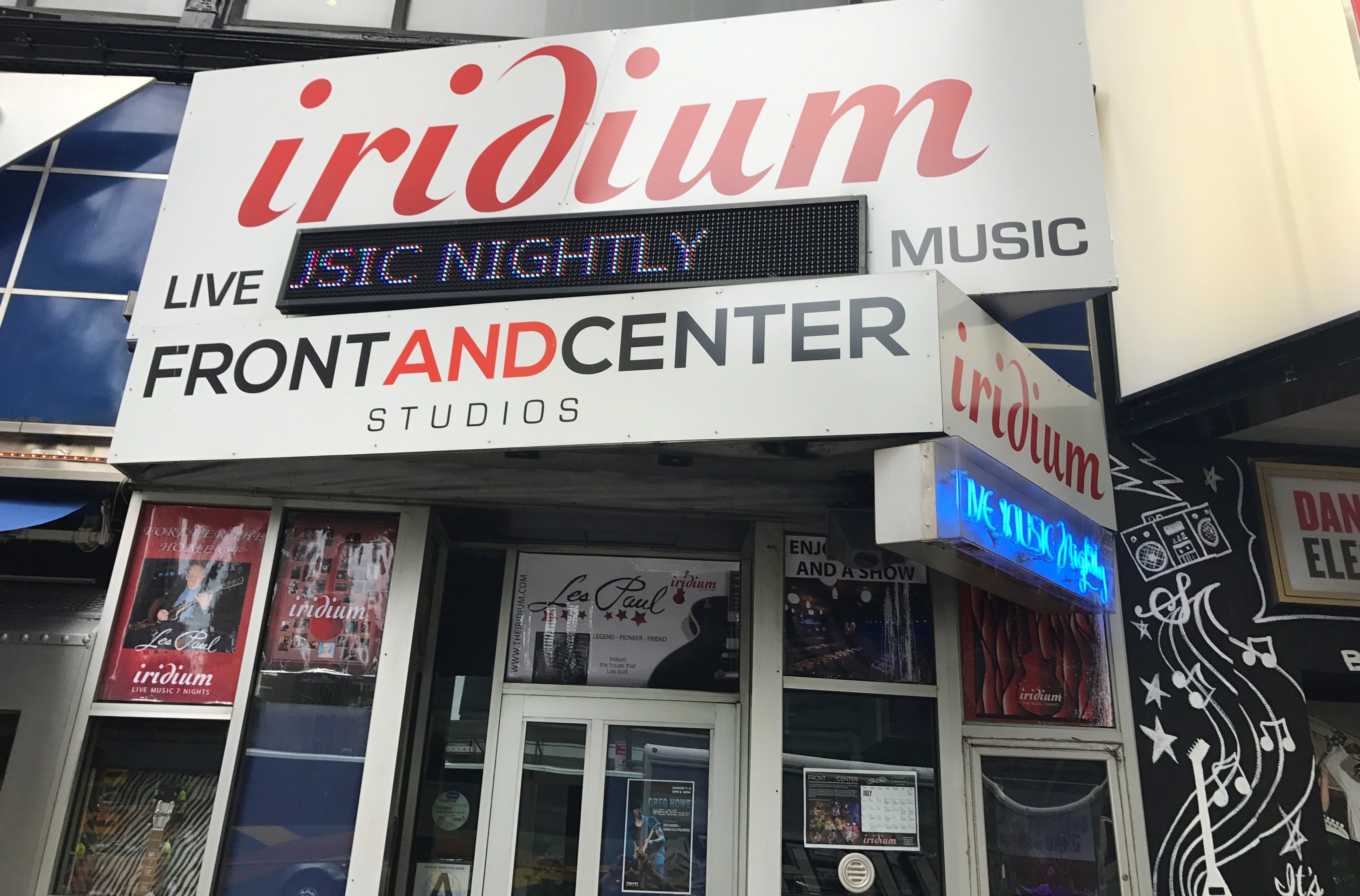 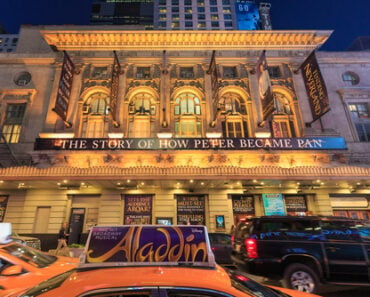 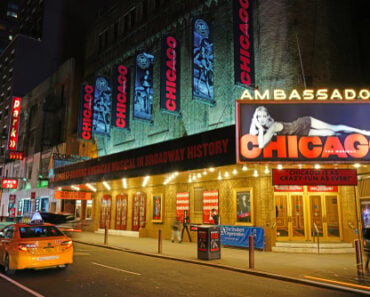 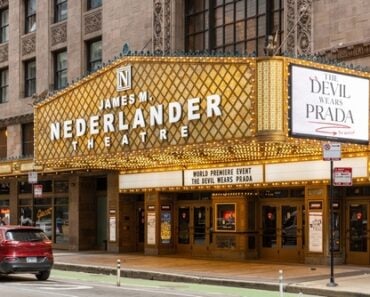 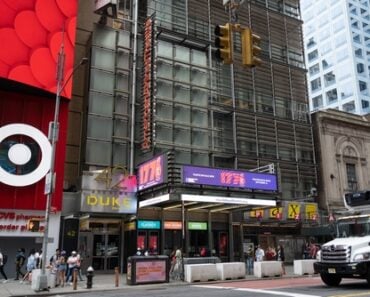