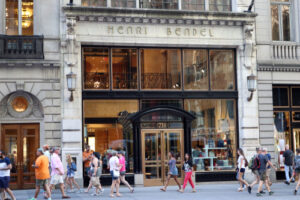 Originally as Henri Bendel, Inc. in 1895, this department store chain was one of New York City’s elite fashion outlets until it was officially dissolved on January 28, 2019. All twenty-three of its stores, as well as its website, were closed for good, putting an end to an era that enjoyed a run of almost 124 years. The flagship store was among the retail gems that raced the city’s Fifth Avenue, specifically at 712, in the landmark Rizzoli Building. 714 Fifth Avenue was also home to the upscale women’s department store chain, namely inside the landmark Coty Building. This was a move Bendel made, along with his wife, Blanche Lehman Bendel, after a fire that burned down their mill in Morgan City, Louisiana. Unfortunately, shortly after the move, Henri Bendel became a widower, opting not to remarry for the rest of his days. On March 22, 1836, the founder of Henri Bendel, Inc. died at sixty-eight years of age, leaving the fate of his legacy in the hands of Abraham Beekman Bastedo, a long-time friend of thirty years who would become a major shareholder, as well as the primary benefactor mentioned in Bendel’s final will.

Born to Jewish parents in Vermillionville, Louisiana on January 22, 1868, Henri Bendel was mostly raised by his widowed mother as his Austrian-born father, William, died when he was just six years old. His mother, Mary, became a prominent retail businesswoman who’d later remarry in 1878 to Benjamin Falk, a man who became established as one of the most influential Lafayette-based businessmen at the time. Although born and raised as Jewish, Bendel himself converted to Christianity by the time he finished schooling.

Like mother like son, Henri Bendel became an astute businessman. His niche specialized in fashion design and became the first retailer to offer its own perfumed fragrance, as well as offering in-store makeovers, and staging its own fashion shows. Many of the trends that still exist in some department stores in the business continue to exercise much of the merchandising practices Bendel used to improve upon a shopper’s in-store experience.

For Henri Bendel, there was more to the man than offering optimal customer service from what first started out as a single store on New York City’s prestigious Fifth Avenue that later became a twenty-three-store chain. He also valued the dedication of his employees. In 1923, he handed over forty-five percent of Henri Bendel, Inc.’s equity to the roster of workers he had at that time. If something like this was offered today, this would have been a gift valued at $1.8 million USD. For the childless, widowed Bendel, the value of his employees, as well as his friend, Abraham Bastedo, were seen as close to him as family.

The presidency of Henri Bendel Inc. went to his nephew, also named Henri Bendel, who served until retiring in 1954. This is the same nephew who founded the Belgian Shoes franchise that made a name for itself as a manufacturer of various handstitched loafers out of its Izegem, Belgium workshop. Belgian Shoes continues to operate out of its New York City headquarters to this day and still continues bringing forth loafers with the signature bow that keeps this brand a fashionable favorite.

The twelve-acre waterfront mansion located at Kings Point, Long Island, New York, was another building designed and built by Chapman as Bendel again approached him to build him this magnificent home in 1916. Seven years later, Bendel sold it to Walter Chrysler, founder of the automotive manufacturer we know today as Chrysler Corporation. This historical landmark is now known as Wiley Hall, the administrative building belonging to the United States Merchant Marine Academy.

The subdivision district now known as Bendel Gardens, which is situated along the Vermillion River in Louisiana, started out as the Walnut Grove Plantation before Bendel purchased nearly 180 acres worth of land to build his Camellia Lodge in 1927.

Bendel’s fashion designing skill and talent saw his first and very successful shop sprout up in 1895 on Greenwich Village’s Ninth Street, a setup that catered to the city’s wealthier citizens. In addition to this, he expanded the business into making customized dresses, as well as bringing in imports from Paris, France. In fact, Coco Chanel’s presence in North America is credited to Bendel as it was he and his shop that first brought over this French favorite to the fashionable consumer market.

This was followed by a 1913 opening of an eight-story women’s department store on West 57th Street, designed by Henry Otis Chapman. Not long after doing so, Bendel’s newest edition to his women’s department store franchise sparked a growth of other fashion outlets to spring up, thus dubbing West 57th Street New York City’s “La Rue de la Paix.” In English translation, it means “The Street of Peace.” Since 1907, anyone sporting a brown and white striped shopping bag and hatbox in New York City was easily recognized as a happy shopper who just indulged in the Henri Bendel Inc. experience.

Cole Porter’s song, “You’re the Top” was made famous by Ethel Merman when she performed it for the 1934 stage musical, Anything Goes, before performing it as a movie version in 1936 with Bing Crosby. In the song, Porter wound up immortalizing the Bendel brand with the lyrical line, “You’re a Bendel bonnet.” This served as a sweet piece of homage in Henri Bondel’s honor as the businessman died the same year the movie first came out. Since then, both the movie and the song have seen versions performed many times over by a number of entertainers throughout the years.

When the founder of Henri Bendel Inc. died, his nephew, Henri Bendel, took over until 1954. Through him, the company expanded even more, including the development and production of Belgian Shoes. After his retirement came Geraldine Stutz, who served as company president from 1957 until 1986 and is noted for her legendary eye for discovering and using the newest designers first. Such designers include even include the infamous Ralph Lauren and Jean Muir, just to name a few. Under her leadership, the main sales floor of the store was turned into a U-shaped design of smaller shops that each capitalized on the shop within a shop display of merchandise. This 1958 genius paved the way for other department stores to do the same and remains a favorite means of merchandising to this day.

Starting in the 1960s, the multi-talented Andy Warhol became an in-house illustrator for Henri Bendel Inc., thanks to his highly visual pop art that served as a pioneer in the still highly favored mix of advertising with trending pop culture. Thanks to the marketing vision of Bendel, the entire world was introduced to Warhol’s brilliance as an artist. After Warhol’s 1987 death, Izak Zenou had since picked up where Warhol left off, starting in 1994.

The artwork illustrations from both of these talented artists played instrumental roles that would see Henri Bendel Inc. continue to expand as it grew to as many twenty-eight stores nationwide. Along the way, Henri Bendel Inc. opted to focus more on accessories, a move that earned them an Accessories Council Excellence Award as Retailer of the Year in 2010. Between the eye-catching artwork of the Bendel ladies and the trendy designs that served the company well, it seemed Henri Bendel Inc. was destined to continue as a retail giant in the highly competitive fashion industry.

End of an Era

In 1985, Henri Bendel Inc. was purchased by a corporation that was known as L Brands while it was run by Lex Wexner. This is the same L Brands that later became Bath & Body Works, Inc. Some of the other major retailers that belonged to L Brands include Abercombie & Fitch and Victoria’s Secret, just to name a few. The buyout of Bendel came at a time when its fashion lineup met the same challenges as any other industry that caters to the marketplace when facing trends changing. It was while Wexner was running L Brands did the 1991 Henri Bendel Inc. flagship store on Fifth Avenue made its mark.

At first, the direction L Brands took with Bendel proved to be a good one as it did play an instrumental role in Bendel’s 2010 win as Retailer of the Year. However, trends changed again and ultimately saw Bendel fall victim to a lack of needed evolvement in order to stay in business. When Bendel stopped selling apparel in 2010 which was then followed by a 2014 decision to sell in-house merchandise only, this decision made by L Brands served as nails to Bendel’s coffin as a once upon a time elite retail outlet that served as an American pioneer in women’s fashion. 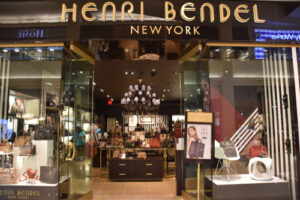 Bendel’s luxury brand was not kept up to date as set by millennial shoppers whose tastes very much differed from the customers who visited the stores a century ago. Many fingers point to L Brands in this regard as the magic that once made Henri Bendel Inc. was somehow lost just a decade after mankind reached its twenty-first century. When Henri Bendel Inc. began with its humble roots, what made the retailer so successful so fast was the amount of individual care that seemed to pour into each design. This is what defined Bendel as a fashion designer before the company expanded, bringing in imports from Paris. However, just like Bendel, what made Paris so well-favored in the fashion industry was the innovation brought forth by talented designers.

By today’s standards, a growing number of shoppers who feel corporations are more interested in profit than delivering products made with care, choose to spend their money elsewhere. Although Henri Bendel Inc. was not a new company going into the twenty-first century, it was new enough to the millennial generation to be treated as such. The marketing genius laid out by Geraldine Stutz was not evident in the final decade of Bendel’s run as there was not enough information for consumers to go on to justify spending top dollar for a brand they knew almost nothing about. Between the lack of information, as well as poorly exercised marketing techniques, L Brands’ version of Bendel saw a demise of a once-mighty corporation that contributed so much to New York City and its awesome heritage.

Just prior to winning Retailer of the Year in 2010, Henri Bendel Inc. stopped selling apparel in 2009. By the time 2014 came around, it focused only on selling accessories, fragrances, and jewelry. Four years later, it was publicly reported Henri Bendel Inc. was closing down its remaining twenty-three stores, as well as the website. As owners of Henry Bendel Inc. since 1985, L Brands commented the move was part of its effort to improve upon the profitability of the other brands under their ownership. This move may have faded out Henri Bendel Inc. as a retailer still doing business but it has not removed the name from its rightful place as a New York City icon. 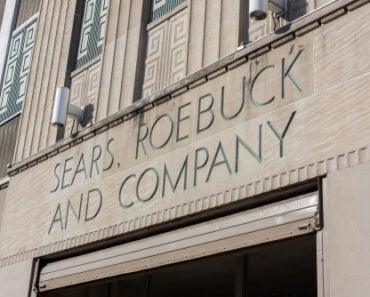 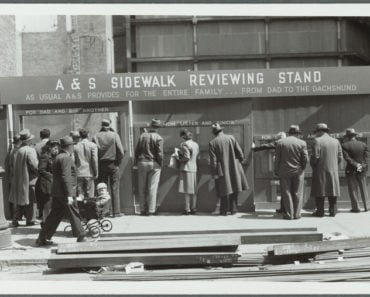 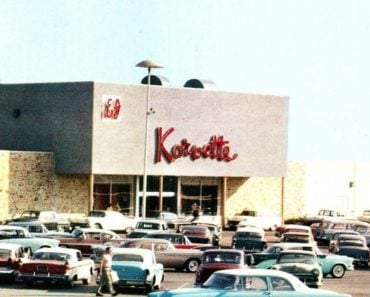 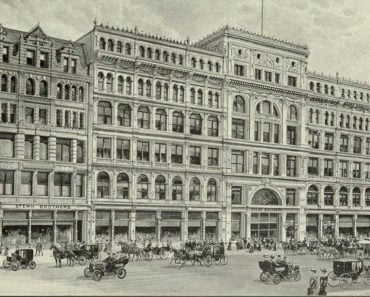 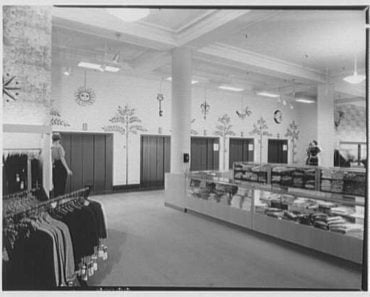 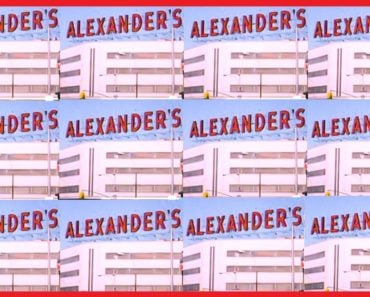