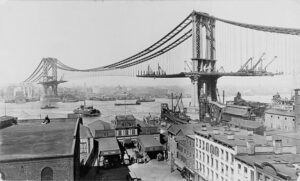 Three suspension bridges were built across the East River towards the end of the 19th century and the start of the 20th century. They aren’t quite as impressive from a modern perspective. Still, it should be mentioned that the three suspension bridges were powerful symbols of progress in their time because they represented what humans could accomplish using modern techniques and technologies. Out of the three, the Manhattan Bridge is often overlooked, not least because its status as the third of the three suspension bridges meant it is sometimes seen as a footnote to its predecessors. That is unfair because the bridge was a major project with enormous consequences in its own right. Moreover, even though the Manhattan Bridge ran into serious problems in recent decades, it stood long enough to be saved. Just that is deserving of recognition, if only because of how close it had come to disaster by the 1980s because of a combination of design flaws and neglected maintenance. Extensive renovation has restored the Manhattan Bridge to a much healthier state, meaning the seven-lane bridge will hopefully remain an iconic part of New York City far into the future.

The Third Bridge of Three

People have been interested in creating a land connection between Brooklyn and Manhattan since the early 19th century. After all, the two communities already had numerous ties in those days, which were important enough to support several ferries between them. The early proposals had various issues that prevented them from moving forward. For example, there were engineering difficulties in building a fixed-span bridge high enough for the much-traversed East River. Similarly, an underground tunnel was possible but impractical because of the expected costs. As a result, the first bridge to connect Brooklyn and Manhattan wasn’t built until the late 19th century. Even then, the completion of the Brooklyn Bridge was very much a transformative moment.

Due to that, people became interested in building even more bridges to connect Brooklyn and Manhattan. One bridge just wasn’t enough for New York City. Furthermore, more bridges meant the further formation of ties between the two communities. Something that would have been particularly important towards the end of the 19th century and the start of the 20th century because New York City absorbed Brooklyn, Queens, and Staten Island in 1898. With that said, the locations of the two bridges that followed the Brooklyn Bridge made it clear that the interested parties had somewhat different intentions for them. The Williamsburg Bridge connects Brooklyn’s Williamsburg with Manhattan’s Lower East Side. In contrast, the Manhattan Bridge stands just a bit east of the Brooklyn Bridge, which makes it clear that there was even more of an intent for it to relieve pressure on its predecessor.

Bad Planning and Other Issues

The Manhattan Bridge had a complicated path to construction. The process started in 1901 under the oversight of Bridge Commissioner Gustav Lindenthal. However, it finished in 1909 under the oversight of the new Bridge Commissioner George Best, who used a new design from Leon Moisseiff. Supposedly, the change happened because there was a fight over whether the construction should use the more radical choice of eyebars or the more tested choice of wire cables. Lindenthal backed eyebars. Meanwhile, the relevant authorities went with wire cables.

Still, the Manhattan Bridge was very innovative in its time. That is because Moisseiff applied deflection theory to suspension bridges, thus enabling him to get the job done faster and cheaper by building lighter than otherwise possible. Unfortunately, the man made some mistakes as well. In particular, he put four subway tracks on the outer edges of the Manhattan Bridge. Reputedly, a pair of trains could cause the bridge’s deck to twist eight feet out of the way, which put enormous stress on parts that couldn’t handle it.

That is far from being the sole issue to hit the Manhattan Bridge throughout its existence. The strongest structures still cannot last forever. As a result, people need to provide them with regular maintenance if they want to extend these structures’ useful lifespans for as long as possible. Even then, there is a need for repairs and replacements when too much wear and tear accumulate. The Manhattan Bridge did not receive the recommended maintenance. At one point, its exterior went unpainted, thus exposing its material to corrosive elements. Perhaps unsurprisingly, the bridge’s sidewalks closed in the 1950s because the floor rusted through. By the 1980s, rust had eaten its way through so much of the structure that there was a real fear that the bridge would fall.

Thankfully, the Manhattan Bridge didn’t fall. Instead, governmental intervention saved it. The remarkable thing is that the renovations revealed more and more problems with the structure, which caused their costs to become bigger and bigger. Originally, the expectation was to complete the project in 1995 for $150 million. Eventually, the project wrapped up in 2004 for $800 million. That wasn’t the end of renovations for the Manhattan Bridge. A two-year project to replace its suspension cable was announced in 2010, which generated the usual complaints at the time but was nonetheless necessary. Later still, a $75.9 million contract was handed out for more work in 2018.

The Manhattan Bridge in Modern Times 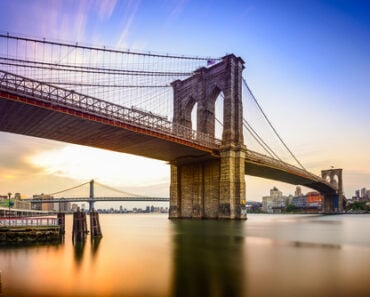 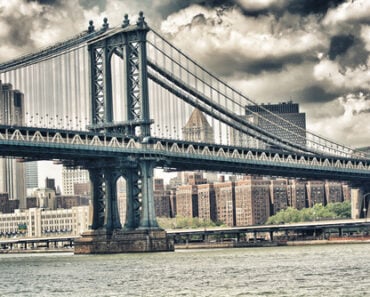 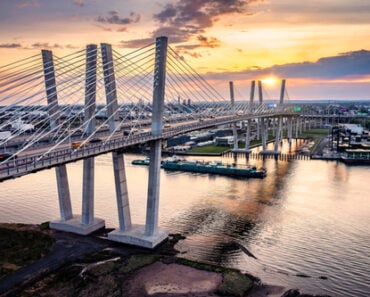 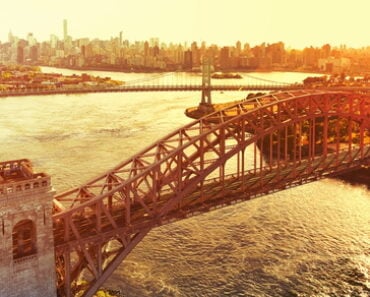 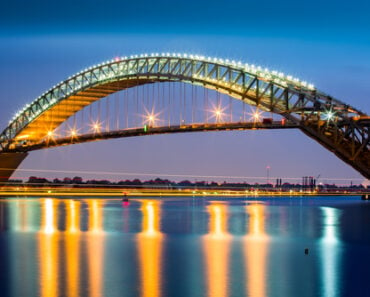